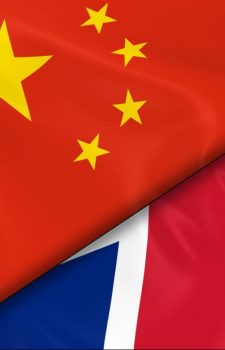 A Civitas report, Inadvertently Arming China? in February this year revealed the widespread sponsorship of scientific research centres in UK universities by Chinese military-linked conglomerates and universities. It found research at some of these centres is being sponsored by the British taxpayer.

Given the wider debate and UK policy announcements that followed this report, focusing on how rival states might use economic tools to undermine the economic and security interests of rivals, combined with increased competition for scarce natural resources, this follow-up report proposes detailed policy solutions to this ‘strategic incoherence’.

‘The UK Government has not yet prevented Chinese military companies from investing in the UK and benefitting from UK-based research, despite their products being put to use by the Chinese state in what is credibly called a genocide in Xinjiang, and supplying regimes including Burma and Syria. A sanctions regime would prevent investment in the UK, including its research facilities.’

‘The Academic Technology Approval Scheme (ATAS) has been strengthened. But it should be further reviewed. The central ATAS requirement is to ‘ensure that people who are applying to study certain subjects in the UK do not have existing links to WMD programmes’. ATAS should be amended to prevent the entry into the UK of the staff and students of certain military-linked universities, laboratories and conglomerates in China (and equivalents in some other autocracies).’

‘CFIUS is an inter-agency body, whereas the UK’s new Investment Security Unit (ISU) is to be based under the Department for Business, Energy and Industrial Strategy (BEIS), whose priority is liable to be inward investment. An inter-departmental ISU would be preferable’.

‘In the US, Defense Department funding comprises 40 per cent of all engineering research and development (R&D) in universities: the UK may need an equivalent of its Defense University Research Instrumentation Program (DURIP).’
‘The UK should better distinguish between Basic and Applied Research in universities; university departments should also need to outline all the uses research could be put to, instead of what they think it will be used for.’

‘Some of the Export Control Order (ECO) is unclear. For example, the requirement to “[have] grounds for suspecting” allows considerable leeway. Article 34(3)(a) states that an offence will be committed if the person “has been informed” that goods (and so forth) “may be intended for [military] use”, but this allows activities to be treated differently depending on the claims of researchers. The system’s complexity is a concern in itself: leading lawyers say they do not fully grasp its implications.’

‘A number of requirements, such as to “check whether your potential collaboration partner [has] been involved in activities of potential concern using [e.g.] internet searches” are unreliable.

‘The “public domain” exclusion for published research also creates risks: other spin-offs from research that has also produced published papers may help military advancement. This needs clarification that restrictions on other transfers may still apply.’