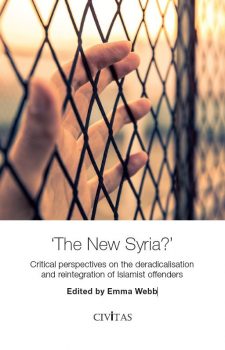 ‘The New Syria?’: Critical perspectives on the deradicalisation and reintegration of Islamist offenders

Following the recent terror attacks on London Bridge and Streatham by Islamist terror offenders – who had been released from prison half-way through their sentences via the automatic release scheme – there has been increasing concern amongst many people in Britain that the prison system is not working in this crucial area. Police forces are reported to face a future jihadist threat in which more
dangerous people will drift onto the streets from UK prisons with terrorist convictions than have been returning from Syria.

The current government intends to respond to this concern surrounding rehabilitation through the Counter-Terrorism and Sentencing Bill – to ‘ensure that sentences served by terrorists reflect the severity of offending.’ But critics have suggested there is little use in increasing sentences if we are to release them only a few years later still committed to hateful ideologies – being neither deradicalised nor deterred by their time inside the prison system.

This anthology attempts to forge a new narrative around the issue of rehabilitation. As Emma Webb, Director at the Forum on Integration, Democracy and Extremism (FIDE) at Civitas and the editor of the anthology argues, the seriousness of the threat asks that we are willing to set aside certain presumptions in service of a critical approach. If we are to effectively reduce risk, it is vital that programmes to deradicalise and rehabilitate offenders are effective in reducing the tendency to reoffend – and that we have a grounded debate about the limits of effectiveness. A holistic view for the future must account for the likelihood of success or false compliance when prisoners
are potentially established within a social environment stacked against them having a change of heart.

The editor adds, ‘It is for these reasons, and among others, that this anthology brings together critical perspectives from a range of former Islamist extremists and international experts on deradicalisation and reintegration, so that it may serve as a companion for those interested in a balanced approach to the ideas and assumptions that underlie policy in this contentious area.’