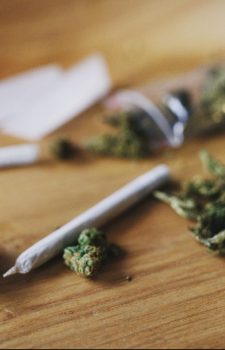 Parents have their say on cannabis: Civitas polling on the use of cannabis and the views of parents

The new children and families unit at Civitas has today published a new poll of UK parents to give them a voice in the debate over cannabis legalisation. We also wanted to hear their views on how schools and the police should deal with cannabis.

Deltapoll asked 4,451 UK adults about their own cannabis use with a second poll asking 1,029 UK parents about their attitudes to cannabis. Both polls are nationally representative and give a true picture of public opinion.

Although just over half (53%) of all parents support legalising cannabis in line with most polls of the public. However, parents back tough action on cannabis including schools acting to keep classrooms cannabis free:

Only 8 per cent of parents saying the move would stop drug dealers targeting young people.

According to ex-London mayoral candidate, Shaun Bailey who has supported this work “this is the moment parents fight back against politicians” desperate to legalise drugs.

Calculations based on our large scale poll of almost 4,500 UK adults found that 5.85million adults who haven’t used cannabis in the last ten years would try it if it were legalised.

Policymakers and government ministers should be wary of any rush to legalise cannabis. British parents think it would make their job harder, would do nothing to stop the likelihood of their children being targeted by drug dealers and overwhelmingly want the police to take a tougher approach to cannabis on the streets.