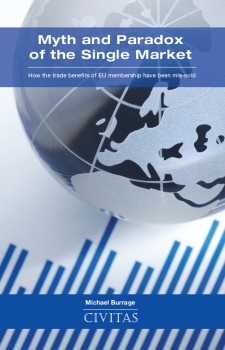 Myth and Paradox of the Single Market: How the trade benefits of EU membership have been mis-sold

For many, the economic benefits accruing from the UK’s membership of the EU are self-evident and unanswerable: access to the European Single Market is of enormous benefit to British exporters and a major attraction for global investors looking to expand into the region. Or so the argument goes.

But where is the evidence for this? What do the trade and investment figures actually tell us? When a government minister told parliament that EU members traded twice as much with each other as they would do in the absence of the Single Market, Michael Burrage set out to test the veracity of the assertion. Here he relates his painstaking quest for the facts, studying first the documents on which the minister’s claim was based and then, finding scant evidence there, conducting his own analysis of the data.

This timely study looks behind the claims that are frequently made in support of the EU and finds a very different reality. Examining the research used by not only ministers but big business and many other pro-EU lobbyists to support their stance, Burrage finds that there is no empirical basis for the supposed advantages that the Single Market confers on the British economy. It is a devastating conclusion that should fundamentally shift the terms of the debate surrounding Britain’s relationship with the EU.

‘The main aim of governments has been to ensure that membership of the EU is seen as a prized asset, which the UK must not let slip from its grasp. This has resulted in a mis-selling of the trade benefits of the Single Market comparable in some respects to the mis-selling of payment protection insurance, though on a larger scale, over a longer period, and with far more serious consequences.

‘PPI offered borrowers protection that on closer inspection proved to be illusory, and at disproportionate cost. The evidence shows that the same might well be said of the Single Market.’

‘If you really want to understand why Brexit is more an economic opportunity than a deathly curse, it’s necessary to read Myth and Paradox of the Single Market by Michael Burrage’  – Dominic Lawson, The Sunday Times

‘We owe a huge debt of gratitude to the academic and businessman, Michael Burrage, who, in an interesting publication for the think tank Civitas, has compared the export performance of various countries, before and after the formation of the single market’ ­- Roger Bootle, The Daily Telegraph 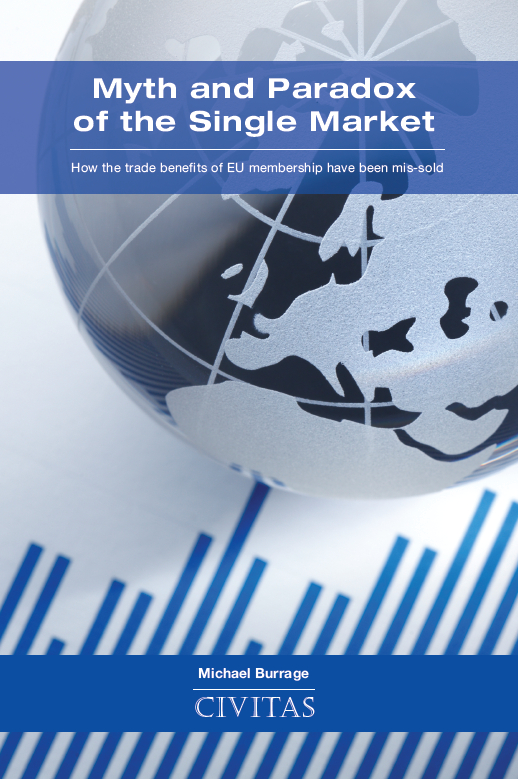 He has written articles in American, European and Japanese sociological journals, conducted a comparative study of telephone usage in Tokyo, Manhattan, Paris and London for NTT, and a study of British entrepreneurs for Ernst & Young. His publications include Revolution and the Making of the Contemporary Legal Profession: England, France and the United States (OUP, 2006) and Class Formation, Civil Society and the State: A comparative analysis of Russia, France, the United States and England (Palgrave Macmillan, 2008). He edited Martin Trow: Twentieth-century higher education: from elite to mass to universal (Johns Hopkins, 2010).

His previous Civitas publications include Where’s the Insider Advantage? A review of the evidence that withdrawal from the EU would not harm the UK’s exports or foreign investment in the UK (July 2014) and ‘A club of high and severe unemployment: the Single Market over the 21 years 1993-2013’ (July 2015) in the Europe Debate series.