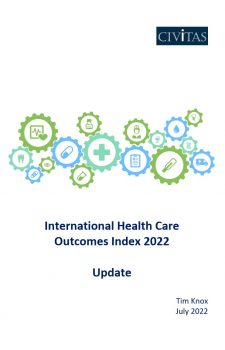 This updated comparison of global health systems places the UK second to bottom across a series of major health care outcomes, including life expectancy and survival rates from cancer, strokes and heart attacks. New data is included for health spending for 2020 and life expectancy and mortality rates.

This comparative study ranks the performance of the UK health care system with that of 18 comparable countries since 2000 or the earliest year for which data is available. It covers the level of health spending, overall life expectancy, the health care outcomes of the major diseases and the outcomes for treatable mortality and childbirth.

The choice of comparator countries and the diseases studied follows the methodology used in a 2018 report published jointly by the Health Foundation, the Institute for Fiscal Studies, the King’s Fund and the Nuffield Trust.

Data is derived from the Organisation for Economic Co-operation and Development (OECD) Health Statistics database.

In an update to the International Health Care Index published in May, Tim Knox has analysed new numbers released by the OECD showing:

Across 16 major health care outcomes the UK comes bottom of the league four times – more than any other country – and is in the bottom three for 8 out of 16 measures. No other comparable country has such a poor record.

The charts and tables are based on a straightforward ranking of health care outcomes, enabling a direct comparison of the UK’s health system with its international rivals.