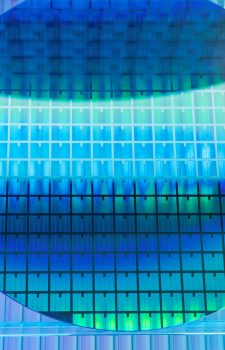 Discussion paper: The acquisition of Newport Wafer Fab by China’s Wingtech in the context of China’s semiconductor strategy

The purchase of the Newport Wafer Fab (NWF) by Dutch company Nexperia – a subsidiary of Chinese firm Wingtech – is currently under review by the UK Government on public interest grounds, and may still be reversed.

This discussion paper by Dr Radomir Tylecote and Henri Rossano suggests this ‘acquisition exists within the context of a Chinese state strategy to increase China’s control of semiconductor supply chains, which has potentially serious implications for national security.’

The researchers find ‘It is becoming more common for governments to block Chinese purchases of semiconductor-related firms – the US, Italy and South Korea have recently done so.’

While there is no suggestion that Nexperia or Wingtech intends for NWF’s technologies to be put to military use, the new paper notes that NWF has received defence-related funding, including for radar and military aircraft purposes, arguing that in the context of China’s military-civil fusion, ‘allowing the acquisition may create risks for the future use of this UK taxpayer funded component of UK science.’

Tylecote and Rossano suggest that:

‘Wingtech should not be seen as a private company, but as a “hybrid” firm: almost 30% of its shares can be traced to the Chinese government. NWF’s new ultimate owners include the governments of four Chinese cities and one province.’

They highlight a recent White House report which suggests that Chinese semiconductor acquisitions increase the opportunity for ‘malicious disruptions’ to semiconductor supply chains, with serious implications for the high-tech economy.

Meanwhile ‘China’s semiconductor subsidy is creating market distortions’, to the detriment of the sector elsewhere, increasing dependency on China that will increase Beijing’s leverage. The US Commerce Secretary Gina Raimondo recently called on US allies to ‘slow China’s innovation rate’ in the sector.

‘“Core” semiconductor intellectual property has been concentrated among US and UK firms, but the acquisition fits a recent pattern of UK IP loss.’ Industry representatives have called for dependence on any risky national supplier to be reduced, not increased.

The researchers recommend ‘the UK Government should review China’s ability to acquire UK semiconductor companies generally, including the ability to purchase defence-funded firms, and that its purchases of semiconductor-related firms be automatically referred to the new Investment Security Unit (ISU).’