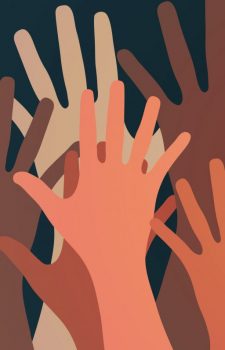 Unequal health outcomes have become the subject to increased political attention in recent years. Richard Norrie, director of the statistics and policy programme at Civitas takes a look at the NHS Race and Health Observatory (RHO) as a case study and its work to ‘identify and tackle ethnic inequalities’ in health.

Its recent report, Ethnic Inequalities in Healthcare: A Rapid Evidence Review, led to headlines decrying the health service for ‘racial health inequality’, and a ‘devastating picture of a healthcare system failing minority ethnic patients in England’. Yet all this was said without acknowledgement of the fact that on many indicators, health is worse for people from the white ethnic majority.

Central to the report itself was the role of racism, with ‘inequalities’ being ‘rooted in experiences of structural, institutional and interpersonal racism’. Those who are not white are treated worse, given the wrong treatment, and avoid getting help for ‘fear of racist treatment from NHS healthcare professionals’.

This would be a matter of shame were it true, but what is the credibility of the RHO report itself, and does it withstand scrutiny?

Despite the RHO review’s claim that ‘Ethnic inequalities in health outcomes are evident at every stage throughout the life course, from birth to death’, there are many other studies’ that find either no differences between groups or differences for some but not all groups, that are inconsistent with the idea of racism as the primary explanation.

Richard Norrie conducts a forensic analysis of the RHO’s rapid evidence review and questions the assumptions and conclusions contained in this work. Norrie questions why the RHO exists and if it is achieving its aim of ‘equality of outcome’ for different ethnic groups.