The centre-left faces ‘extinction’ unless it can break free of neoliberal economic dogma and find a way to credibly deliver significantly higher rates of growth in the years ahead, a new book by the businessman and Labour donor John Mills warns.

Social democratic parties across the west face ‘potentially existential threats’ and ‘secular decline’ like that which led to the demise of the Liberal Party in the early 20th century, he writes.

He traces the demise of the centre-left – supplanted in the Labour Party by a far-left agenda – to its failure to offer a credible alternative to the free-market policies that supplanted Keynesianism in the 1970s. This led to relatively poor growth while in power, and an inadequate critique of austerity policies once ejected from office. 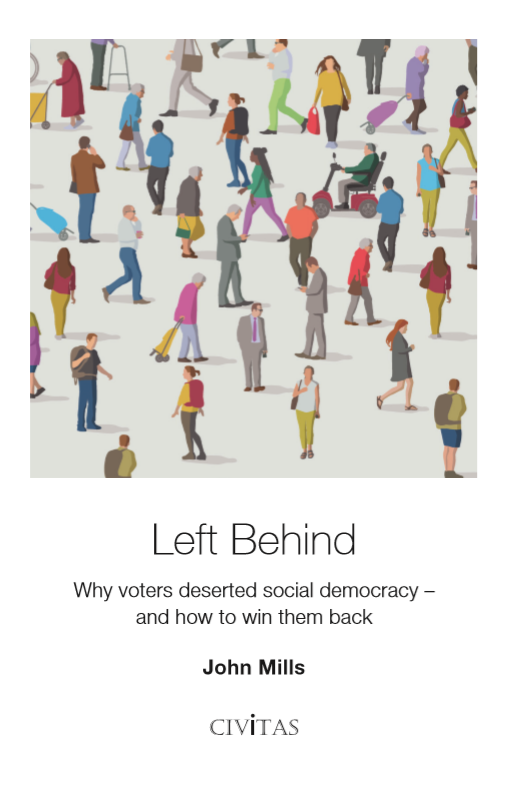 In Left Behind: Why voters deserted social democracy – and how to win them back, Mills writes:

‘The main reason for this state of affairs lies in the fact that the centre-left has consistently failed to mount a successful counter-attack to the neoliberal overturn of the Keynesian policies which were crucial to the economic success of the immediate post-war period.

‘Instead, across the West, the centre-left establishment fell in line behind the dominant new monetarist and neoliberal doctrines, although it was always apparent that they served the interests of the right much better than the people whom the left was supposed to be representing.’

This problem was exacerbated by two further developments, he argues:

‘The thesis in this book is that the first and most crucial way ahead for social democracy is for it to be better at running the economies for which it might be responsible, and better at mounting critiques against right-of-centre administrations which are performing poorly – and therefore relatively harshly, especially on the most vulnerable  – on the economic front.

‘To do this, the critical requirement is that social democracy breaks free from some of the key tenets of neoliberalism and embraces policies which will produce considerably higher rates of economic growth than we have seen recently. This is not going to be an easy task, but the alternative for the moderate left of centre may be something close to extinction.’

Mills calls for economic policy to be geared towards raising investment from 16% of GDP at present to the world average of 25%, particularly in technology, mechanisation and power.

To make such investment feasible, there needs to be a reduction in the cost base for manufacturers by reducing the exchange rate for sterling, which is currently too high for UK manufacturing to compete adequately in world markets.

All of this requires an end to the fixation with keeping inflation to 2 per cent per annum instead of prioritising a faster rate of economic growth sufficient to raise living standards for everybody.

‘If industrial competitiveness in world markets is the key to the transition which needs to be accomplished and a lower exchange rate is needed to trigger the changes in incentives which have to be made to achieve this goal, we will never get there if the mantra is 2% inflation,’ he writes.

‘It is this target that keeps the exchange rate too high, discourages investment, deindustrialises the country, causes our balance of payments deficits and borrowing, and generates inequality. If social democracy is to recover, social democrats need to be willing to take some more risks with inflation and to substitute growth targets for those based on corralling inflation at 2%.’