All goes back to the land, so why is the government in such a rush to sell it? 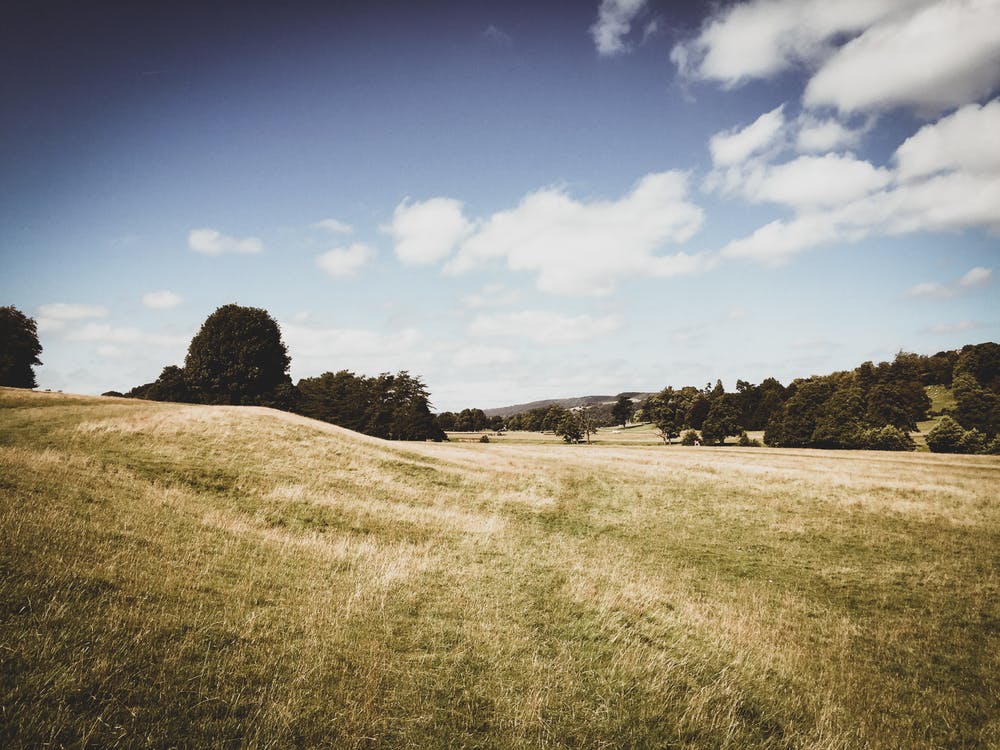 In the early transformation of Hong Kong from a “barren rock” to a trading outpost of the British empire, the Crown representatives took one decision in particular that would be pivotal to its future. Rather than selling the land to the traders who relocated there from mainland China, it was auctioned on a leasehold basis, with fixed rents for periods as short as 25 years.

The government raised money from the auction of each lease, from the rental income on it, and from the opportunity to auction it again once it expired, in perpetuity. This raised significant revenues locally while obviating the need to raise taxes from the new settlers in Hong Kong.

When, later in the nineteenth century, there was a move to issue longer leases of 999 years – much diminishing the government’s capacity to capture land rents in the way it had been doing – Joseph Chamberlain, secretary of state for the colonies, quickly put a stop to the practice:

“The grant of such leases deprives the government of all control of the land of the colony, and of all the advantage of any future enhanced value of the land… no further leases for 999 years should be granted, at any rate without previous reference to me in each case.”

The episode is recounted in a 2015 book by Andrew Purves, No Debt, High Growth, Low Tax, which describes the distinctive systems of land tenure that operate in Hong Kong as well as Singapore to this day. Simply put, land is mostly owned by the state, which collects rent from leaseholders that would otherwise accrue to private landlords, and these revenues allow taxation to be kept lower on more productive activities than landholding.

It is ironic perhaps that colonialists like Chamberlain could help secure such a legacy for far-flung territories while, at home, patterns of land ownership took a quite different path. Two more recent books, The New Enclosure by Brett Christophers and Who Owns England? by Guy Shrubsole, provide important if depressing accounts of just how abysmally the land question has been treated by successive generations of Britain’s leaders.

The new enclosure of Christophers’ title refers to the sale of about 2 million hectares of public land, worth in the region of £400 billion, since 1979. In an era of privatisations, this was the biggest of them all. Some of it was attached to privatised utilities and industries like water, coal and rail, but most of it comprised the sale of land qua land – by the Forestry Commission, the Ministry of Defence and the NHS. Then there was (and continues) the Right-to-Buy disposals of council housing – 4.6 million homes sold between the late 1970s and 2015 – and the sale of school playing fields.

The first enclosure, dating from the seventeenth century, had stripped commoners of access and use rights to most of the half or more of Britain – perhaps 12 million hectares – that was common land. The ‘new enclosure’ has seen the ownership of public land – much of it acquired during the twentieth century – transferred back into private hands.

The first denied commoners of a way of scratching an existence from the land for themselves. Its more recent parallel has had two analogous effects: first, it ceded the state’s ability to collect steadily rising land rents; second, it ceded control of the use to which the land was put.

It is possible to argue that the public sector collected the capital value of future rental streams at the point of sale, but this is doubtful to say the least. Many of these sales were made under some form of duress, for a start. Christophers cites individual examples where the best possible price was clearly not achieved. Value for money this was not.

In the sale of council housing under Right to Buy, furthermore, ‘not achieving value for money was… written into the fabric’. Discounts for buying tenants were such that, even on very conservative assumptions, they would be worth today in the region of £50 billion. Many of these homes are now owned by private landlords, with the councils who were forced to sell them off now forced to rent them back to accommodate homeless families, at a cost of tens of millions of pounds a year in London alone.

This process of land sales continues today as even the present government falls over itself to sell off any land deemed surplus to requirements. By surplus to requirements is meant that the public sector has no direct use for it: an NHS trust, perhaps, that has ceased administering services from a particular location.

That the trust no longer needs that land for its own purposes, however, does not automatically entail that it should be privatised and future land increments collected by a private landlord. But in Whitehall this is precisely the supposition that has been adhered to, implicitly or otherwise. That the government might simply lease the land, collect the rent and retain the freehold, does not figure when ministers periodically boast of how much public land has been sold.

In recent years much of this has been cloaked in the ambition of building more homes – a worthy objective. But public land for 109,000 homes was sold between 2011 and 2015; by 2019, still only 40,500 of those intended homes had been brought to market, neatly illustrating not only the fiction on which these sales have been made but the loss of control once land is sold to private interests.

The motives of the private landowner may be – indeed often are – quite out of sync with the wants and needs of the community. As Christophers notes: ‘If the government disposes of public land, it disposes of the public power associated with it.’

Nor does it always gain a more efficient allocation of resources, the standard – and sometimes justifiable – premise for privatisation and marketisation. What is too often lacking in governments’ analysis is an appreciation of the inherently monopolistic characteristics of land ownership. Hence the bewilderment and frustration at land hoarding in recent years – and then the clamour in response from market fundamentalists to sell more land, grant more planning permissions and hand more control to private landowners.

The question to which Christophers returns is why the sale of public land has been so little noticed and therefore contested. The answer perhaps is that the importance and dynamics of land ownership have been little understood or appreciated. In addition to that – possibly in part due to it – there has been little interest in who owns what. Land ownership has attracted little scrutiny, and so little comment.

In Who Owns England? Shrubsole shines not so much a spotlight as a searchlight on the question, throwing up all manner of interesting details in the process. That this is necessary is apparent from the fact that the Land Registry (established 1862) still only has information covering 83 per cent of the land of England and Wales. Nor is it terribly accessible: at £3 a title, downloading all of those that it holds would cost a diligent researcher £72 million.

But we do know that the ownership of land is concentrated. Just 36,000 landowners – 0.06 per cent of the population – own half of the rural land of England and Wales. Much of this land will be of very low value, but that isn’t really the point. All land was of virtually no monetary value at one point in time, including that under central London.

The issue, from a public interest perspective, is in the extent to which concentrations of ownership can give rise to anti-competitive practices in pursuit of the kind of capital gains that arise from the future development of what is today nearly worthless. As has been well-documented in recent years, the windfalls from planning permission being granted can be in the region of 100 times the original value. Meanwhile anecdotes abound of whole counties owned by just a few landowners; little local oligopolies who would clearly have the potential then to manipulate these prices.

Similar applies to the options agreements that many developers and promoters hold on land that they judge to be of potential future value. Completing the Land Registry, requiring the declaration of options interests and the like, and throwing it all open to public scrutiny would do much to restore confidence – and perhaps promote greater competition – in the land market.

We also need to retilt powers over land use back in the direction of the public sector. This means revisiting land values policy to ensure that planning priorities cannot be forestalled by landowners seeking higher-value returns with developments that are either at odds with local priorities, or only achievable after a period of hoarding. Like me, and a steadily-expanding group of people and organisations, Shrubsole is an advocate of reform of ‘hope value’, to allow the public sector to buy land at lower prices. This, requiring reform of the 1961 Land Compensation Act, is not simply about saving money: it’s about giving our democratic authorities firmer control of the kind of development that is undertaken.

But we also need to take stock of the land that the public sector already owns and think more carefully about the uses to which it is put. There is already a renewed and growing focus among local authorities on building new council housing on spare land. More of this should be encouraged from central government. Alternatively, and where appropriate, surplus land may be offered to Community Land Trusts who can generate the kind of co-operative housing at close to cost prices that is a prominent feature of, for example, the German market. Even if certain public land cannot be put to use in ways such as these, there is no automatic need to sell it, as Chamberlain understood in 1898. Lease it to the private sector, collect the rent – and maintain long-term control.

One of the key public policy challenges of the coming years must be to shift the burden of taxation more squarely onto economic rents, enabling greater investment in infrastructure combined with lower taxes on productive activity and lower earners. The returns to land – the quintessential economic rent – should be central to this, whether that is achieved by imposing a direct annual tax on site values, capturing windfalls from planning permission – or simply by holding it in common ownership, so that those returns flow straight back to the public purse.

Daniel Bentley is editorial director of Civitas and author of various publications on land issues, including The Land Question and Land of Make-Believe. He tweets @danielbentley.