Wearing the veil is a civil right?

Head and face coverings should be judged on practicality, not ideology, it is argued inWomen, Islam and Western Liberalism, a new report from independent think tank Civitas. 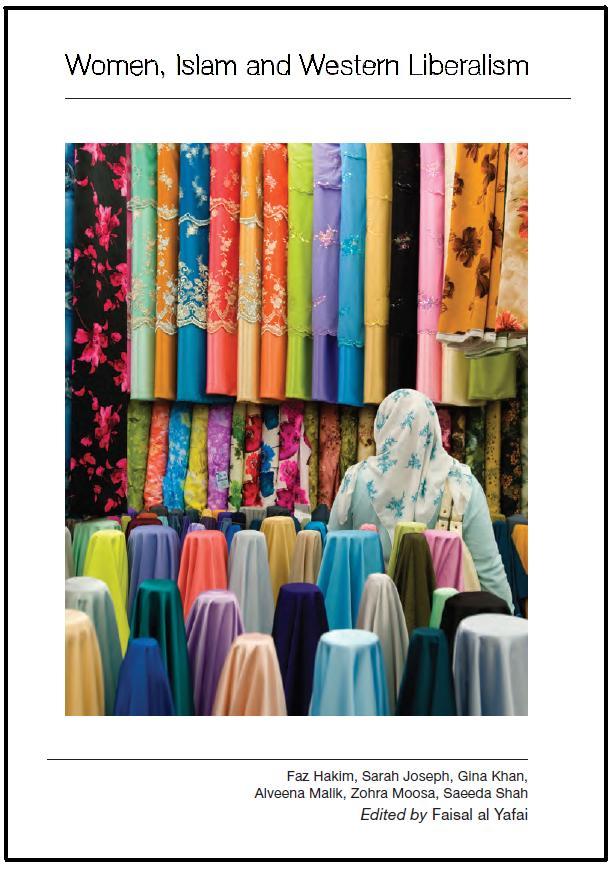 The report presents unmediated views from leading British Muslim women on a wide range of issues that affect them, but about which their opinions are often sidelined. Their testimonies demonstrate that Muslim women are not a homogeneous victimised monolith, as is often depicted. Instead, Muslim women hold a diversity of views about Islam and its relation to western liberalism.

France recently banned the wearing of a full-face veil in public. Belgium already prohibits the wearing of face-covering veils, and similar bans are reportedly being considered in Spain, Italy and the Netherlands.

Religious symbols, in particular the Muslim headscarf and veil, have themselves come to symbolise the fault-lines between western liberalism and the status of Muslim women.(p.6, Faisal al Yafai, editor of Women, Islam and Western Liberalism)

Freedom… means personal freedom, especially in Britain where the homogenising tendency sometimes seen in continental Europe is largely absent. Personal freedom is the freedom to choose how to think and how to behave. The strength of character to be eccentric, as John Stuart Mill had it. (p.4)

Echoing this approach to personal freedom, Alveena Malik, who has overseen the development of the British Council Intercultural Dialogue resource guide, argues that Britain should be more comfortable with the wearing of religious symbols in particular and with public faith in general:

Britain is in a unique position to fully embrace the notion of public faith because of its history of the relationship between faith and state, and its multifaith and multiracial diversity. (p.37)

Malik proposes a new test for allowing the wearing of a religious symbol: ‘Does it hinder a citizen’s ability to perform their public civic duties?’ If not, she says, it should be allowed.

However, it is crucial to understand that Muslim women do not comprise a homogenous group:

… there are diverse views about these issues amongst Muslim women. (p.52, Gina Khan, a Birmingham-based activist)

The essays in Women, Islam and Western Liberalism demonstrate this diversity. For example, on the subject of the veil, Saeeda Shah, who teaches at the University of Leicester, warns:

With regard to veiling, the readings of suras 24 and 33 highlight the recommendation of ‘veiling’ for the Prophet’s wives as a socio-political strategy. An injunction for the Prophet’s wives does not apply to all Muslim women as such, but by making situated commands a basis for veiling and sex-segregation has served as a mode for ordering power relations in Muslim societies. (pp.43-44, Saeeda Shah)

In this complex and controversial debate, the bottom line is that women should be free to choose to wear the veil in public, but they should never be forced to wear it.

‘The West’ vs. Islam – a false dichotomy

As well as there being a diversity of views held by Muslim women, Islamic theory and practice itself also varies across countries and communities, and so many of the difficult challenges facing the British Muslim community are cultural/political rather than religious. However, the issues are too often seen as indicative of the religion as a whole. Faisal al Yafai believes that many people’s view of Muslims is distorted:

… when played out via the media – which, in a country where Muslims are still a small minority, is the main exposure most people have to the community – such complexities are suppressed and an imagined whole is created from fragments of facts. (p.2)

Issues faced by Muslim women are often used as examples of how Islam and liberalism are inherently irreconcilable, and fundamentally opposed, entities. Many of the voices in Women, Islam and Western Liberalism challenge this view by arguing that it rests on a false dichotomy between Islam and ‘the West’.

Whilst acknowledging that ‘there is no doubt that Islam is sometimes used to uphold discrimination against Muslim women’, Sarah Joseph, CEO and Editor-in-Chief of emel, a Muslim lifestyle magazine, argues that: ‘Such discrimination should not be seen as inevitable or Islamic by wider society’. (p.17)

Muslim women’s silence leaves them at risk of violence

… we make it difficult for Muslim women to speak out about the violence they are facing as women. There is the threat that the violence they disclose will be used against them, their families and the ‘Muslim community’ at large in the ‘clash of civilizations’ battle.
(p.70, Zohra Moosa, Women’s Rights Adviser at Action Aid)

Policy makers too often speak about Muslim women as if they are not subjects in their own right but only foils for wider ideological battles between Islam and the West:

[Muslim women] are largely invisible in mainstream discussions of violence against women, but are centre stage where the violence feeds the notion that Islam is at odds with western liberalism. (p.71, Zohra Moosa)

This high profile political focus on tension between Muslim women and western liberalism conceals further issues faced by Muslim women. They are often treated as a ‘special interest’ by policy makers who suggest that the needs of Muslim women cannot be served as long as they remain ‘Muslim women’ in their eyes.

It would be a great injustice to Muslim women if wider society accepted the notion that Islam was the defining problem for Muslim women, forcing her to choose between faith or freedom. (pp.17-18, Sarah Joseph)

Demarcating Muslim women can serve to isolate them and the resulting policy gap actually increases Muslim women’s risk of violence:

… the attention of the state on Honour Based Violence and Forced Marriage is essentially rendered ineffectual because it locates the problem in ‘Muslimness’, rather than sexism.(pp.72-73, Zohra Moosa)

Any measures that isolate members of society should be rejected. As Gina Khan insists, Britain needs to refuse any accommodation of Sharia law. She strongly believes that denying any religiously-inspired legal sanction is crucial:

There must be no legal barriers to hinder national integration between groups in our society. (p.55, Gina Khan)

Women’s involvement in politics is compatible with Islam

Political insider Faz Hakim recalls that until 2010, there were no elected Muslim women MPs in the UK and she says it is ‘shocking that it took so long to achieve this’. One explanation could be that there remains a belief that women’s involvement in politics is incompatible with an interpretation of Muslim values, and that therefore some Muslim women fear that other Muslims will not approve. Sarah Joseph refutes this:

… many modern Muslim women are drawing on their faith and heritage to find a reality that calls on women to engage in their society on a par with men. Such a call has been described by some as the emergence of an Islamic feminism. (p.14)

We are beginning to see the emergence of a new generation of young Muslim women who are both articulate and vocal and who are starting to get involved in a whole host of initiatives with both national and local government. (p.25, Faz Hakim, Managing Director of a public affairs consultancy)

Despite fears that their involvement in public life might not be compatible with an interpretation of being a good Muslim, Muslim women must make their voices heard:

… Muslim women are constantly singled out as delicate victims who need supporting. Perhaps, rather than allowing others to single us out, we need to make sure that we become part of the mainstream ourselves. (p.26, Faz Hakim)

No one collection of essays can provide straightforward answers to the complex issues discussed in Women, Islam and Western Liberalism. However, giving a voice to strong Muslim women with knowledge of Islam can help to sharpen the questions and lead to more informed debate. That is the goal of this publication.

ii. Faisal al Yafai is the editor of Women, Islam and Western Liberalism. He is a journalist, columnist and travel writer who won Journalist of the Year at the Muslim Writer’s Awards in 2009, and the Ibn Battuta Award for Excellence in Media in 2010. He is a Winston Churchill Fellow for 2009/10, exploring feminism and liberalism in the Arab and Islamic worlds.

iii. Civitas is an independent social policy think tank. It has no links to any political party and its research programme receives no state funding.