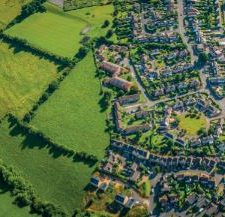 Land of Make-Believe: Compensating landowners for what might have been

An obscure piece of legislation, the 1961 Land Compensation Act, has increasingly come to the fore in the housing debate of late. This focus has emerged following a body of work in recent years from Thomas Aubrey, Daniel Bentley, and Shelter, which has illustrated how the country’s housing supply challenges are mostly rooted in the land market. The reason we do not build more affordable homes, with better infrastructure and in the places they are needed most, is largely to do with the land economics that determine the shape and nature of private developments and limit the scope and viability of more ambitious publicly-led schemes.

At the centre of this problem lies the Land Compensation Act, which entitles the landowner to potential but unrealised development values should a public authority wish to pursue a scheme that would be more beneficial to the community but reduce the market value of the land. This technical issue has real-world implications, complicating efforts to undertake large-scale strategic developments, and is likely to be a significant obstacle to the plans laid out by Sir Oliver Letwin for speeding up delivery on larger greenfield sites.

In this essay, Daniel Bentley provides a detailed look at the beginnings of the English planning system, its evolution during the middle decades of the 20th century, and then the introduction and significance of the Land Compensation Act in 1961. He shows how town and country planning is underpinned by a no-compensation rule for those denied consent to build, which is essential to its functioning. Sections 14 to 17 of the 1961 Act created a loophole in that system, however, by enshrining the right to compensation for the denial of consent resulting from the planning authority’s wish to undertake a different type of development. The discrepancy created a dilemma for public planning: while authorities were able to determine what development could not take place without incurring liabilities, they were not able to determine what development should and would take place on the same terms.