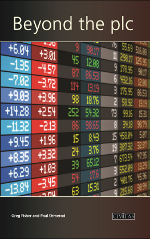 What is wrong with contemporary capitalism? Was the financial crisis of 2008 caused by deep structural problems in the way firms are organised?

Here two of Britain’s most creative thinkers tackle these questions head on, showing that the UK lacks diversity in its forms of corporate governance and is too reliant on the plc model, which has been shown in recent years to have very serious defects.

They set out the case for Government action to update the PLC model and encourage a greater variety of corporate forms, including German-style governance, the ‘for-benefit’ organisation and the triple bottom-line company.

The authors call for the Department for Business, Innovation and Skills (BIS) to be tasked with leading ongoing consultation and surveillance to establish where new company forms would be appropriate and what legislation is required to underpin them.

The authors do not argue that any of these forms should replace the joint stock company but that they should be available – enabled by statute – alongside the traditional structures available to entrepreneurs. Their proposals reflect a new approach to looking at the economy, which sees it as an evolving process rather than a static machine.

“The economic process is fundamentally an evolutionary one. This stands in contrast to the static nature of mainstream economics, which informs a great deal of government policy… As the economy evolves, it is essential that statutory laws evolve too, to reduce preventable uncertainty. Existing statutory law, therefore, must be questioned on a regular basis to ascertain whether or not it does this.”

Greg Fisher is managing director of Synthesis, a think-tank devoted to using the emerging paradigm of complex networks in the social sciences to tackle social and public policy concerns. He is currently a senior research associate of the London School of Economics’ Complexity Group.

Paul Ormerod is an economist at Volterra Partners and director of Synthesis.