Putting purpose before profit. The end of the Friedman doctrine?

Ever since Adam Smith warned that the managers of the joint-stock company could not be expected to ‘watch over it with the same anxious vigilance’ as an owner, the accountability of directors to shareholders has taxed the minds of economists and investors. The corporation has evolved somewhat since the 18th century but concerns about the misalignment of interests between a firm’s shareholders and those employed to run it have never gone away.

But what if the separation of ownership and management is not the great weakness of the corporation, but in fact its strength? This is the contention of Professor Colin Mayer, of the Saïd Business School at Oxford, who wants to remodel the idea of the corporation so that it is better equipped to meet the challenges we face in the 21st century. 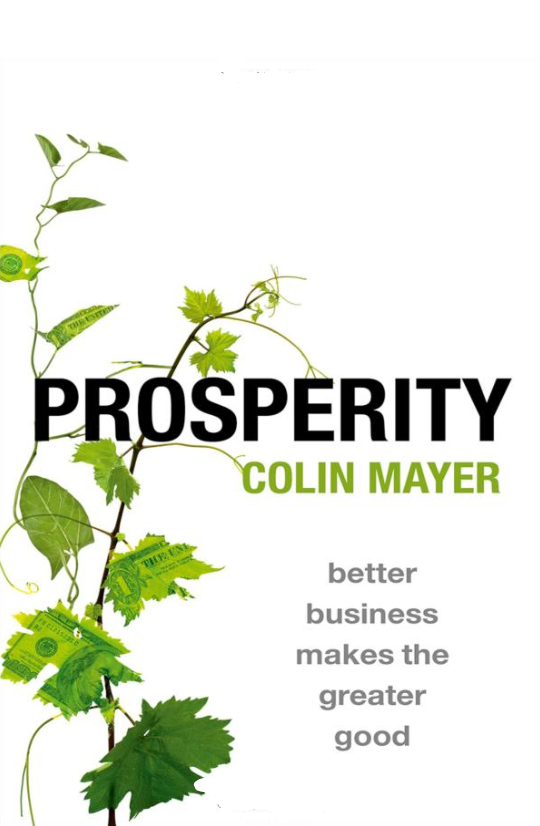 In his recent book, Prosperity: Better Business Makes the Greater Good, he argues that the obsessive focus on shareholder value should be abandoned and replaced with a model in which commitment to the purpose of the company becomes the overriding objective of its activities. The profits derived for the benefit of shareholders should be largely incidental to that purpose.

This is a wholesale rejection of Milton Friedman’s edict that the ‘one and only social responsibility of business [is] to use its resources and engage in activities designed to increase its profits so long as it stays within the rules of the game’. It is a rejection that Mayer is quite explicit about, arguing that not only is the Friedman doctrine not the law of nature many today take it for, but that it actually lies at the heart of many of the difficulties we now face:

‘If it ever deserved to have its time, the Friedman doctrine has had it. It is not the business paradigm of the twenty-first century, and as long as we continue to believe it to be so, the greater will be the damage it inflicts on our societies, the natural environment, and ourselves. Few social science theories are both so significant and misconceived as to threaten our existence but that is precisely what the Friedman doctrine is doing in the twenty-first century.’

The assumption behind shareholder maximization is that it is the shareholders who hold all the risk, having invested their capital for an indeterminate return, whereas everybody else – the employees, the customers, the suppliers, the creditors, etc – are protected by contracts. But this is clearly not true in practice. Contracts are not forever, nor are they infinitely enforceable, nor do they preclude harms inflicted on the wider community if we think of, say, pollution or bank bailouts. The impacts of decisions made by firms ripple out across society, and yet the assets of those firms have been built on the back of investments by every section of that society, as well as the advantages of incorporation including limited liability.

It is not unreasonable, but necessary, to embed the legal status of the firm in its stated public purpose and reconfigure corporate governance – via remuneration, performance measurement, voting rights, board composition, and so on – around the pursuit of that purpose. Then the business of business becomes to address the problems and challenges we face as a society, with profits the by-product – rather that profits being the focus, and problem-solving the incidental by-product.

If that sounds idealistic, recall that the corporation was from its beginnings a public agent, licensed by the Crown with purposes aligned with the national interest – the establishment of trade and empire. Still today some of the most successful corporations in the world are run by industrial foundations and trusts – such as Bosch and Tata – who hold them true to their founders’ purposes, principles and values, while mostly reinvesting profits and devoting surpluses to charity.

Ethical investing is surging in popularity, supported by a perception (at least) that longer-term profits are more not less likely to come from firms whose activities are compatible with evolving standards of acceptability in the court of public opinion. Could anything other than the pure pursuit of profit be backed by investors more widely, though? Perhaps times are changing.

At a Civitas seminar this week Mayer quoted Larry Fink, chief executive of the world’s biggest fund manager BlackRock, who wrote in his most recent annual letter to CEOs that purpose and profits were ‘inextricably linked’: ‘Purpose is not a mere tagline or marketing campaign; it is a company’s fundamental reason for being – what it does every day to create value for its stakeholders. Purpose is not the sole pursuit of profits but the animating force for achieving them.’