The viability challenge: how will the government’s planning reforms affect the delivery of affordable housing? 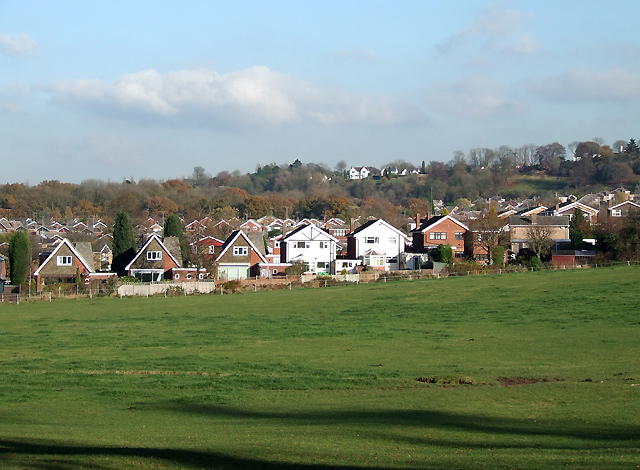 When Theresa May announced the government’s latest planning reforms in March, one of her most strident criticisms was of ‘unscrupulous developers’ who ‘dodge their obligation to build homes local people can afford’. In her sights was the gaming of the planning system to negotiate down private-sector contributions to affordable housing as a condition of the right to develop.

This is a complex area but also an important one given that these contributions, secured via Section 106 (s106) agreements, have become increasingly central to the supply of affordable housing over the years as government investment in social homes has been wound down. For about two-thirds of councils the s106 process, under which local authorities negotiate the provision of a certain number and type of sub-market units in return for the granting of planning permission, is now the main way in which affordable housing is delivered.

But while these are commonly described as ‘developer contributions’ they are not really paid for by developers, nor are they meant to be. The cost of providing a quota of affordable housing as part of any scheme is meant to be factored into the price paid for the land – meaning that the incidence is on the landowner who effectively meets the cost out of the (often very considerable) uplift on the site value. Profits secured by developers, meanwhile, don’t tend to fall much below 20 per cent of the gross development value – this is the return they require to justify the capital employed and if they can’t achieve that, the scheme will be ‘unviable’ and won’t go ahead.

The onus, then, should be on the developer to pay no more for land than what is commercially viable given the planning obligations that are – or are likely to be – attached to it. In recent years, however, there have been mounting examples of developers effectively overpaying for land and then falling back on ‘viability assessments’ in order to negotiate down the affordable housing obligations.

This has become common. Nearly two-thirds (65 per cent) of local authorities renegotiated a prior planning agreement in 2016/17, according to the government. Separately, research by Shelter has found a 79 per cent reduction in the affordable homes on schemes where viability assessments had been used – resulting, in just the nine cities investigated, in the loss of 2,500 sub-market units in a single year.

Mrs May referred to this as an ‘abuse’, although we should not assume that all developers are using this as a tactic – many insist that they have nothing to do with it and will only buy sites at values with obligations priced in. In any case, it is the scope for uncertainty generated by the very existence of the viability assessment that gives rise to this problem. If there is a realistic expectation that the local authority will buckle on their requirements later, and there is at least one developer prepared to risk it, then the value of the land and the price paid will rise to reflect that fact. To a large degree, then, this is a policy failure to which the market is responding in the way that the market will.

So rectifying this problem, and securing more affordable housing via s106, is central to the new draft National Planning Policy Framework (NPPF) which is currently out to consultation until May 10. The main thrust of this comprises an attempt to increase certainty about expected developer contributions from an earlier part of the process in order that land is not bid up too high before it is too late. This means local authorities being urged to set out in some detail at the plan-making stage – long before individual planning applications are considered – what contributions will be expected from particular sites and types of development. Paragraph 34 states:

‘This should include setting out the levels and types of affordable housing provision required, along with other infrastructure (such as that needed for education, health, transport, green and digital infrastructure).’

The revised NPPF, together with its accompanying guidance, deems that it is also at the plan-making stage – no longer the decision-making stage – that viability should be assessed, with all of the evidence on costs and values laid out in advance (they should also be ‘transparent and publicly available’, ending the secrecy that currently surrounds this process, further eroding trust in the system). The guidance adds: ‘In the absence of this evidence the sites should not be allocated.’

This seems to be an attempt to flush out any potentially vexatious viability claims at an early stage in the process with the implied threat that a council may simply refuse to include a site in its local plan if its s106 expectations are not met. This would help to avert the problem whereby councils, having allocated sites as part of their five-year land supply, then become dependent on those sites to deliver and so vulnerable to a viability challenge later.

This approach is a lot like that which is currently being pioneered by City Hall, where Mayor of London Sadiq Khan has introduced an expectation that all sites in London should include at least 35 per cent affordable housing. Those that do will get to avoid protracted negotiations over s106 and viability. Paragraph 58 of the revised NPPF similarly holds out the carrot that developers who bring forward policy-compliant sites need face no viability assessment later in the process. For those who are not compliant comes a warning that:

‘The price paid for land is not a relevant justification for failing to accord with relevant policies in the plan.’

But this does not mean that there will be no viability assessments whatsoever later in the process. The guidance keeps the door open to the use of ‘further’ assessments that may be required at the decision-making stage and advocates the use of ‘review mechanisms’ to ensure that developments do not become stalled due to ‘significant changes in costs and values’ after contributions have been detailed in a plan. This introduces flexibility in the event of a downturn – but flexibility that will result in lower planning obligations, not less profit for the landowner. The challenge for local authorities will be to hold the line and not allow this to become the thin end of a wedge.

From the ‘willing’ to the ‘rational’ landowner

As well as trying to see off viability issues earlier in the process, there is an attempt in the new guidance to maximise the value of the contributions – and so the number of affordable homes and infrastructure – that the local authority might reasonably try to secure under s106. Gone is the phrase requiring planning obligations to allow for ‘competitive returns’ to a ‘willing landowner’ and a ‘willing developer’. In comes a formula for establishing a benchmark land value – a baseline for what should be left for landowners after planning obligations have been priced in. This consists of the existing use value of the land plus a premium which should ‘reflect the minimum price at which it is considered a rational landowner would be willing to sell their land’ (known in planning parlance as ‘EUV-plus’).

The existing use value is, as its name implies, the value of the land in its existing use (agricultural, say, which might be a hundredth of its value in residential use). The guidance spells out that this should exclude ‘hope value’ and be based on the assumption that no future planning consents will be obtained. So far, so ambitious. But it is in the premium for the landowner where this comes to the crunch. Who is to define the minimum price at which a ‘rational’ landowner would be willing to sell? The guidance suggests this might be established by looking at the prices for which comparable, and policy-compliant, sites have changed hands and working out how much of a premium the landowners have achieved in those cases.

But there are two problems with this. First, it relies on there having been a number of transactions already in which this minimum price has already been discovered, and so it introduces a circularity. Second, different landowners in different locations – even within the same local authority area – will have different expectations and demands. The landowner with the least advantageous site who is desperate to get whatever they can by having their site included in a local plan will settle for a lot less than the landowner who owns the prime site the local authority deems most suitable for development. If the demands of the second landowner are too high then the local authority might then refuse to include the site in the local plan. But a landowner sitting on a prime site may well be content to sit this out, knowing that the development value of their land is only likely to increase until such time as policy changes or the local authority gives in.

Ultimately, then, ‘the minimum price at which it is considered a rational landowner would be willing to sell their land’ will be determined by individual landowners themselves according to the strength of their hand in each particular circumstance: not so different to the current situation. Those who do not like the planning obligations being placed on their land will sit tight. This might not be such an issue in London where the uplift is often so staggering that the landowner may still have a lot to gain even with a 35 per cent affordable allocation. But in the rest of the country, where residential land values are high but not as stratospheric as in the capital, this will be a much finer line to tread.

The reforms to viability are smart moves within the current framework, and introducing greater certainty should assist developers who would rather get on and build rather than get bogged down in s106 negotiations. But while viability issues may be settled sooner in most instances, there is little in the new wording to indicate – still less to ensure – that landowners will settle for any less than under the current system. And so, without wider reform, the scope for capturing much more of the land value, and increasing thereby the provision of affordable housing and infrastructure by this means, may prove limited.

Daniel Bentley is editorial director at Civitas and the author of The Land Question: Fixing the dysfunction at the root of the housing crisis. He can be contacted at daniel.bentley@civitas.org.uk and tweets @danielbentley